We are currently working on English version of our store.
If you have any questions, feel free to contact us via Facebook or e-mail.

Due to Brexit any packages send to clients and from manufacturers located in UK (i.a. Games Workshop, Warlord Games, Battlefront Miniatures, North Star Figures) may have longer delivery time than usual.

We apologize for inconveniences.

The Elder Scrolls: Call to Arms builds on the core mechanics of Modiphius’ Fallout: Wasteland Warfare game system, but has been rewritten and reworked by designer Mark Latham (The Walking Dead: All Out War, The Harry Potter Miniatures Adventure Game, Editor White Dwarf Magazine) to suit the world and inhabitants of The Elder Scrolls franchise.
Featuring high quality 32mm multi-part hard plastic or resin figures (each with its own unique custom base), the skirmish system sees fan favourite heroes like Hadvar, Ralof, Yrsarald Thrice-Pierced, Marcurio, Mjoll the Lioness, Ulfric Stormcloak, Galmar Stone-Fist, General Tullius and Lydia. The player’s heroes lead groups of followers on adventures inside Dwemer Ruins, Draugr-infested Nord Tombs, and through the frozen wilderness!
As well as controlling their troops, players will also need to manage the stamina and Magicka resources their models bring to the table, all the while watching out for hostile AI driven enemies and narrative events that can change the flow of battle. Players can play against each other or team up (or play solo) to take on all manner of creatures and adversaries driven by Modiphius’ advanced AI system.
The game will feature scenarios ranging from dungeon delves, where you seek out lost treasure, to running battles across the ruined outposts that dot the landscape of Tamriel, all the while fulfilling quests and narrative-driven scenario objectives that will see your band of heroes grow from game to game. Will you claim the ruined fort as yours and build your own settlement, or wander the countryside clearing out foul ruins of the stench of your enemies?
In the first wave, players will raise their banners in the fight for the future of Skyrim as they lead the forces of the Stormcloaks or Imperial Legion in the battles of the civil war. Forces will typically comprise 1-6 heroes and 3-15 troops. The first wave of releases will be a Core Rules Box with accompanying  sets of hard plastic or resin miniatures for both the Stormcloaks and the Imperial Army. There will also be a Bleak Falls Barrow Delve set including the fearsome Draugr and the Dragonborn. Players can expect more races and characters from across the Elder Scrolls stories and plenty of reinforcements for their favourite factions. A host of accessories like scenery, metal tokens, deluxe dice bags, settlement journals and more will expand your options. Planned releases will expand on The Elder Scrolls V: Skyrim®, as well as adding releases from The Elder Scrolls IV: Oblivion®, The Elder Scrolls Online®, and more. 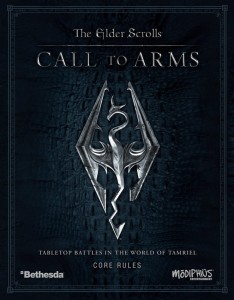 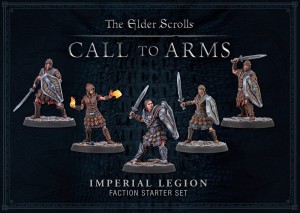 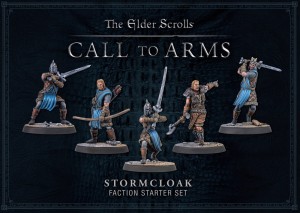 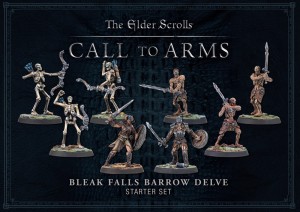 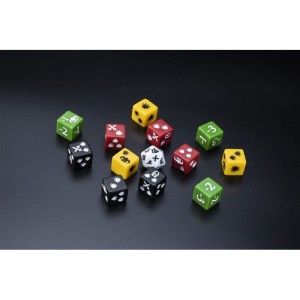 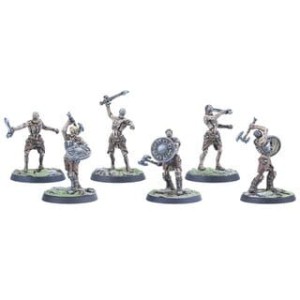 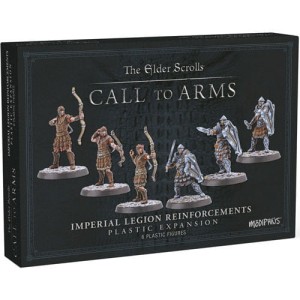 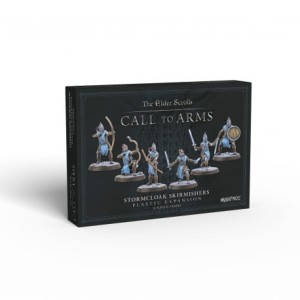