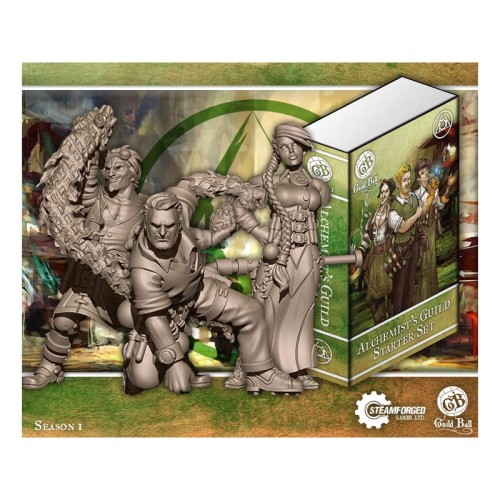 Availability: 1 item in stock
Dispatched within: after completing the order
Price: €15.33 15.33

Alchemists’ play style is one of force projection. They use a large amount of AOE to control space and deny their opponents manoeuvrability. They create huge areas of danger across the pitch as well as being quick on their feet and capable with the ball. However, the Alchemists’ are not as resilient in combat as the other teams and generally excel early in the game due to their ability to cover a large amount of space. They reward players who are able to anticipate their opponent’s plans and block them through good placements and the positioning. Alchemists’ are also able to use their AOEs as an almost additional model in order to restrict counter play options for their opponent. No player want to charge the Alchemist with the ball if it means having to go through an acid cloud first.

This set is an excellent way to introduce yourself to the Guild Ball world and is perfect to start enjoying the game right from the box.

This box set includes the following:

Stat Cards for each model

Models available ONLY while stocks last.