ARMIES OF BY FIRE AND SWORD VOL.1 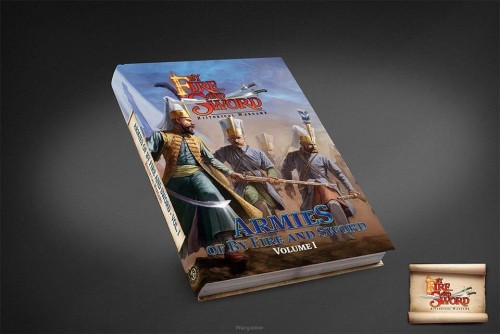 Availability: 1 item in stock
Dispatched within: after completing the order
Price: €28.33 28.33

This the second supplement – after “Deluge” – published as a separate book for “By Fire and Sword” game. The new publication – in contrast to “Deluge” – does not include any new rules but instead concentrates only on army construction possibilities development and making those armies even more attractive.

The book introduces two new factions: the Royal City of Gdańsk and the Duchy of Courland and Semigallia. Both armies offer tactical possibilities that are completely different from those that you were used to so far.

Moreover the book includes 19 new skirmish level army lists, 18 divisional lists, two regiments, among them the most renowned cuirassier regiment of the Imperial army - Piccolomini (Caprara), as well as a number of new units such as, among others, a Cossack camp master, Turkish cavus, a mortar and Polish highlanders.

Multinational lists are another novelty, they include units from two or even three different armies and enable you to surprise your opponents with an unexpected make up of your forces while at the same time they are a good start for building an army of a completely new faction. “Armies” offer the possibility to field such commanders as Tugay-bey, Ivan Bohun or hetman Jan Sobieski and rewriting the history of their battles.