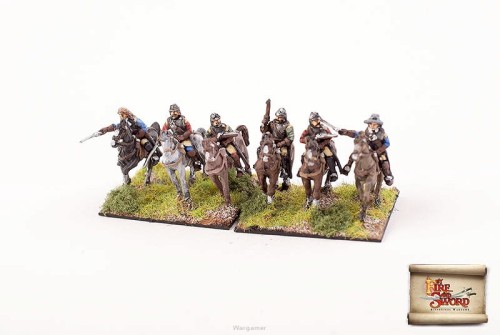 Availability: 1 item in stock
Dispatched within: after completing the order
Price: €8.33 8.33

Reiters were the basic cavalry formation in the Swedish army and the Western-style cavalry in the Polish-Lithuanian Commonwealth. In late 17th century reiters rarely used armor, instead they preferred to wear buff-coats and hats. Their main weapon was a brace of pistols and a sword. In battle, depending on the situation they used the caracole or charged. In the field reiters, supported by dragoons, made up the main force of the army.