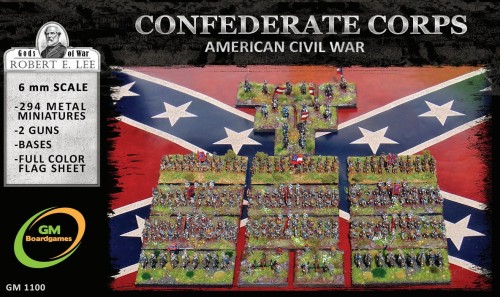 Availability: 2 items in stock
Dispatched within: after completing the order
Price: €52.14 52.14

The Confederate Army was hastily raised during the first months of Civil War. After initial victories they quickly believed, that they were superior to any enemy. Thanks to better reinforcements system Confederate soldiers could learn from more experienced veterans.

You will have many veteran and elite units and above all, excellent generals. Use them to gain initiative and attack divided enemies, thus denying their superior numbers. Your weak point is expensive artillery, so use better infantry and cavalry to triumph over your enemies.