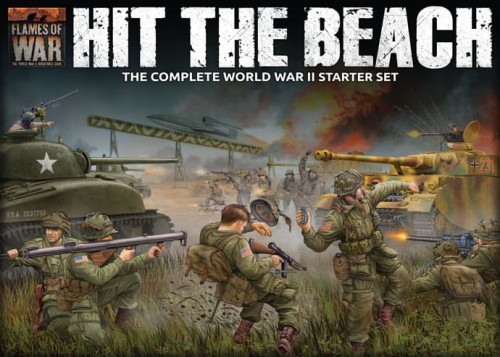 Availability: available to order (usually from 7 to 30 days)
Dispatched within: after completing the order
Price: €38.67 38.67

Hit The Beach! Contains everything you need to start collecting and playing Flames Of War, including two full armies for the Americans and the Germans.

Painting and playing games with Hit The Beach! miniatures should help you decide where to go next in the Flames Of War hobby, and give you a good base to start from to expand your armies.


Warning! These models are not a toy. Assembly and painting required. Adhesives and paints need to be purchased separately, they are not included.