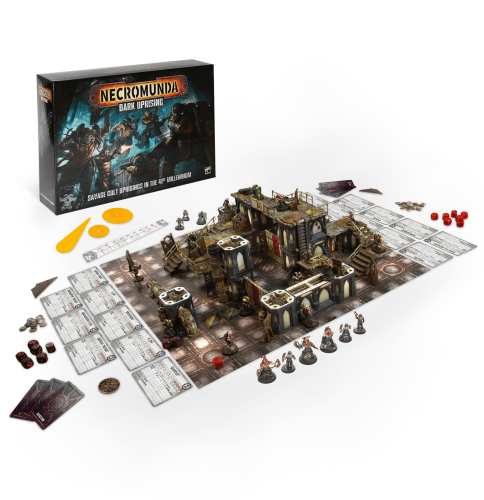 The Necromunda: Dark Uprising boxed set is absolutely massive – inside you’ll find two multipart plastic gangs. You get 15 new Corpse Grinder Cultists – absolutely savage fighters, starting a rebellion on Necromunda in the name of the Lord of Skin and Sinew. Facing them are the Palanite Enforcers – alongside five Patrolmen, you’ll find six new heavily armed Subjugators. These wield even more brutal weaponry and are perfect for putting down any attempted insurrection in the underhive.

You also get 17 sprues of terrain, including 15 of new, plastic Zone Mortalis walls, columns, platforms and doors. These are the first-ever plastic Zone Mortalis kits and can be put together in innumerable ways. Whether you play Necromunda, Warhammer 40,000 or The Horus Heresy, you’ll want to get your hands on these so that you can combine the closeness of indoor firefights with the verticality and immersion of outdoor battles.

Just in case the box isn’t full enough, you also get a rulebook, which contains lore, background, all of the core rules of Necromunda and the two gangs in the box, and a new campaign. And you’ll get all of the accessories that you need to play. Phew! 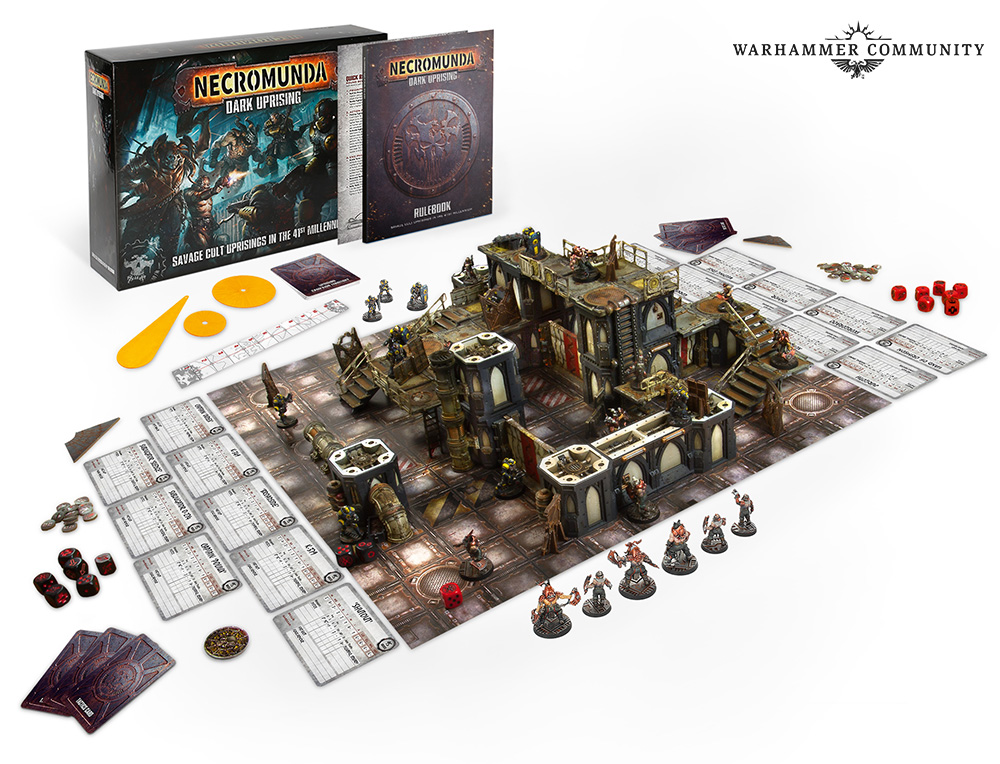 If you thought that meant things were looking bad for the planet of Necromunda, you haven’t seen anything yet! Necromunda: The Book of Ruin shines a light into the dark corners of the underhive where cults grow like a canker.