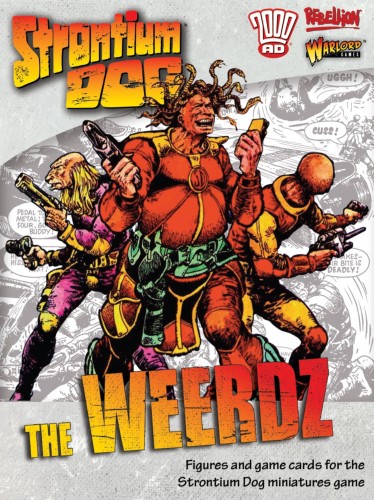 Availability: 2 items in stock
Dispatched within: after completing the order
Price: €10.71 10.71

The Weerd brothers, Cuss, Hiss and Silent, fought alongside Johnny Alpha during the first mutant war. They joined the Search/Destroy agency at the end of the war to cash in on their deadly skills.

Becoming somehow trapped in an alternate dimension, Hell-World, they stole three tickets back to Earth, and would have escaped, but lost them in a fight with Johnny Alpha, against whom they swore revenge.

After they eventually escaped back to their own dimension, they were employed as Gronk poachers by an alien gastronomic terror called Cruso Slugg. Their slaughter of thousands of Gronks on the planet Blas for their master to eat was intended to lure Johnny Alpha into a trap. Attracting the ire of Johnny and his partner Wulf did not go well for them, and the three brothers were overcome a second time by their sworn enemies.