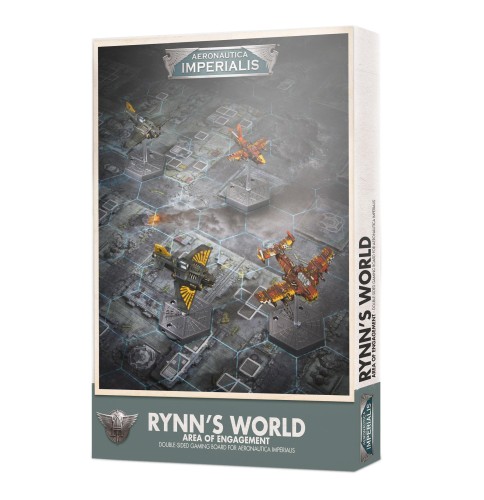 In the late 41st Millennium, Rynn’s World was subjected to a devastating Ork invasion – Waaagh! Snagrod – which culminated in the total destruction of the Crimson Fists’ fortress-monastery and the loss of much of the Chapter’s fighting strength. Yet while fierce fighting erupted across much of the planet’s surface, the Imperial Navy and Ork Air Waaagh! fought a grueling campaign of aerial warfare in the skies above.

- Side 1: Jadeberry Hill N266-E114 – the strategically vital area on the outskirts of New Rynn City. A blasted wasteland of hills and extensive maglev lines and roads.
- Side 2: New Rynn City N292-W451 – one of the beleaguered districts of the city.

You will need a copy of the Rynn's World Air Campaign book or the Aeronautica Imperialis: Wings of Vengeance boxed game to use this game board.