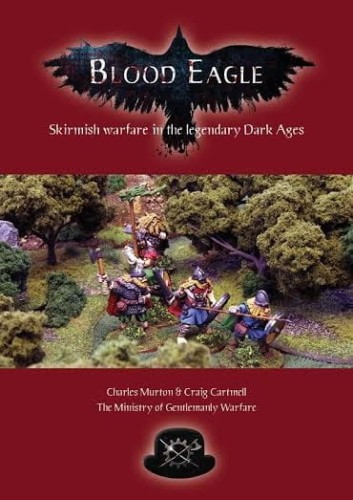 Have you ever wanted to replicate the bloody feats of heroism you see in The Thirteenth Warrior movie and the Vikings! TV series, or recreate the many great stories from the Norse Sagas and Eddas or the Anglo-Saxon Chronicle and poetry? Be faced by an enemy shieldwall and then hurl yourself at it regardless of the cost? Jump onto the deck of a rival’s longship while at sea and wreak your revenge on the man who destroyed your village? Harry the coast of a foreign land and return laden down with silver and slaves? These rules allow you to fight such encounters across Northern Europe, Scandinavia and the British Isles in the 9th and 10th centuries.

Perhaps you would also want to replicate the heroic feats of such characters as Lord Uhtred, Ragnar Loðbrok, the shield maiden Lagertha, Egil Skallagrimsson, Erik the Red or the mighty Beowulf himself. These rules give you all you need to create and play heroes of legend.

You may even want to face trolls and frost giants, lead a Sidhe warband to raid a Christian monastery, master the darkest of arts and become a deathless Draugr chieftain, or even test your courage against the mighty Grendel himself. These rules also include the tools to run games set in a legendary past.

You can do all of this if you play Blood Eagle, skirmish wargaming in the legendary Dark Ages.